Painter of talent and man of faith... 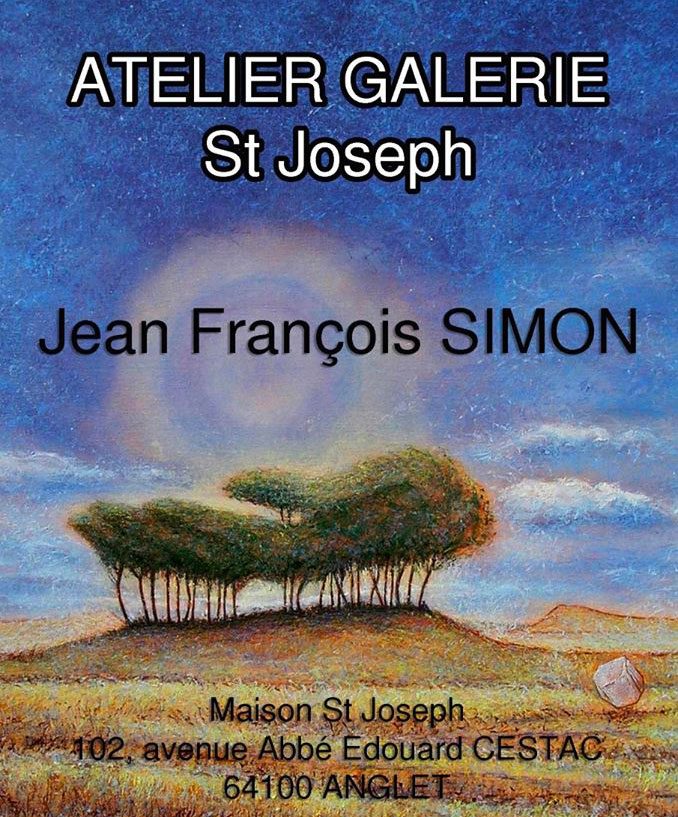 On July 11, 2019, Jean-François Simon, inaugurated his new workshop-gallery, installed at the Saint Joseph house, in the heart oh the Saint Bernard Community, in Anglet.

For this occasion, Father Landart, parish priest of Saint Jean de Luz, came to bless this new space, entirely dedicated to the art of this great talented painter, "pilgrim on the way to the stars", as he likes to describe himself.

In this fine place, conducive for creation, Jean-François Simon expressed all his art, gived painting lessons, sharing his techniques and the secrets of ancient and contemporary masters, held conferences and debates, welcomed curious visitors to this artwork…

Open to the public, a exhibition of the artist's paintings presented a wide selection of works, of all periods, which allow you to discover the painter's journey.

Jean-François Simon is the author of two portraits commissioned for the beatification of Father Cestac (May 31, 2015), one by the congregation of the Servants of Mary (painting permanently kept with the reliquary in the chapel of Notre Dame du Refuge in Anglet ) and the other  by the diocese of Bayonne-Lescar-Oloron, (painting permanently installed with reliquary in Notre Dame de Bayonne cathedral). 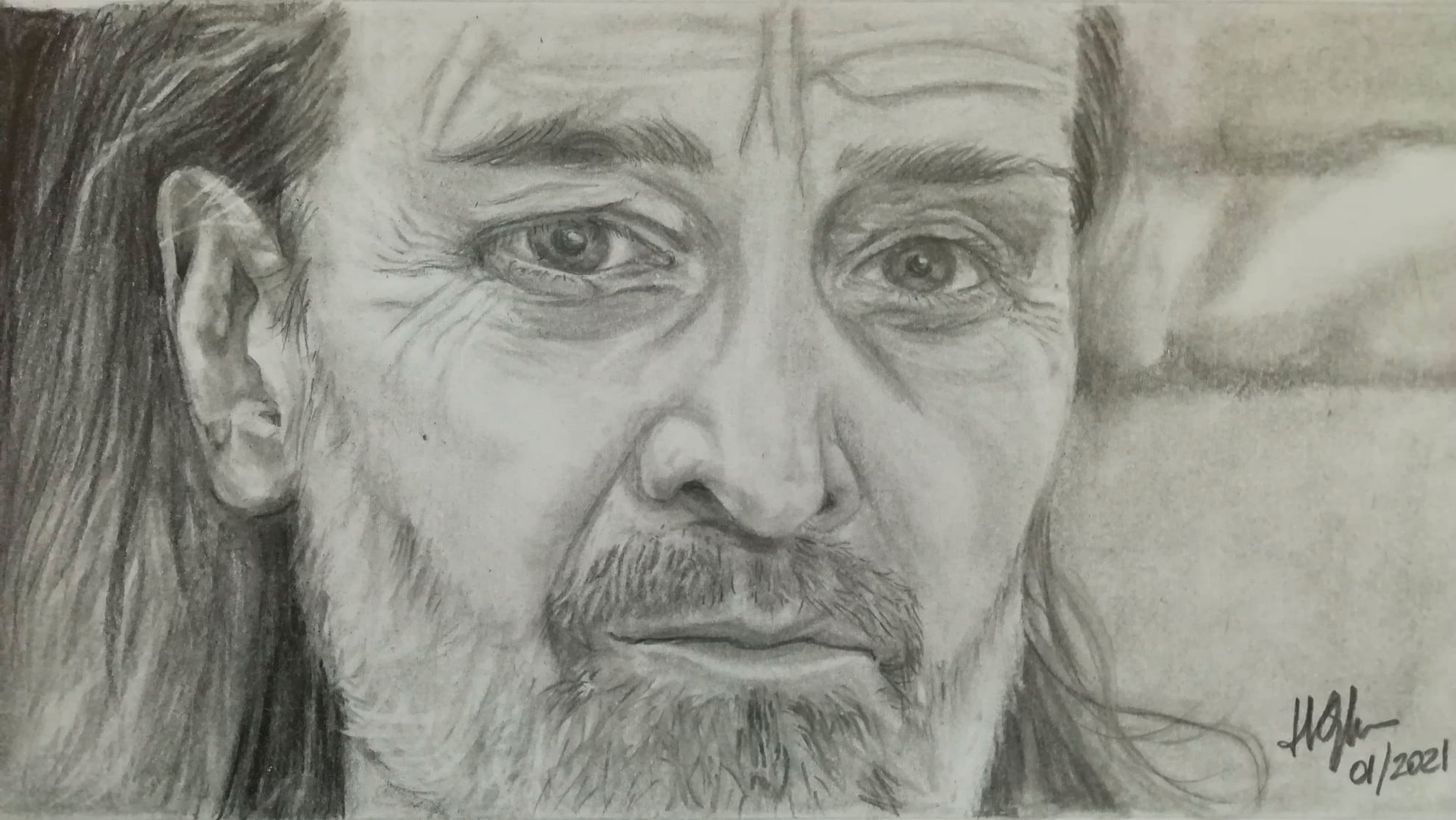 "Since I was a child, I have lived near Notre Dame du Refuge where I often went to walk, meditate and paint. Knowing the history of the founder of the place, the order of a portrait of the Good Father Cestac by the diocese of Bayonne, then that of the Congregation of the Servants of Mary, on the occasion of his beatification, was a real blessing. But it was also a real mission, the creation of a work of sacred art being a great responsibility.

In his time, Louis-Edouard Cestac, then vicar of the cathedral of Bayonne, by his commitment, saved the miserable in distress in a century of anger and depravation.

Then, by force of energy and faith, this man became a saviour of lives in the image of St Vincent de Paul; an Abbé Pierre or an Abbé Gilbert of these times of misery.

He turned a swamp into a paradise and these places are still alive, vibrant with his presence. The Blessed Virgin said to him, "Ask only for my spirit", and this was his conduct throughout his life.

His portraits show him worn and austere; for me it was imperative to see him smiling with love, surrounded by the divine gold of the sun and the blue cloud of the Virgin Mary. In both paintings, he dominates the darkness and the convulsing ground of which he will make a garden. Let us follow the steps of his real presence.

Painted in amber and enhanced with pure gold leaf, he looks at us and follows us with his benevolent eyes, with a calm smile and a penetrating and deep gaze: a refuge! 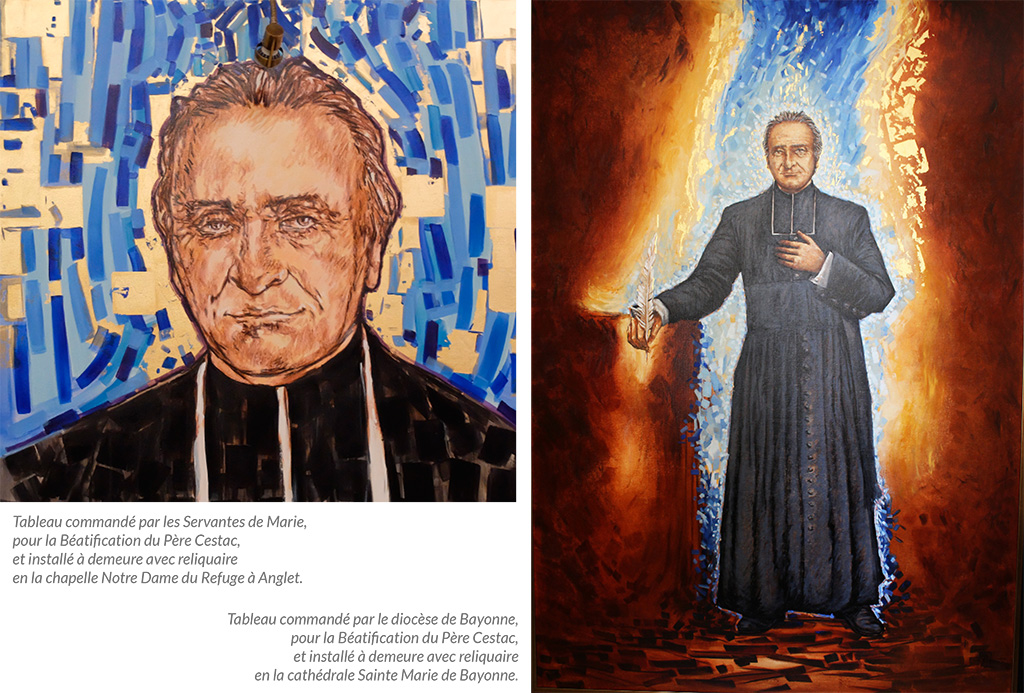