Louis-Edouard Cestac (1801-1868), priest of the Diocese of Bayonne and founder of the Community of Servants of Mary and Bernardines. 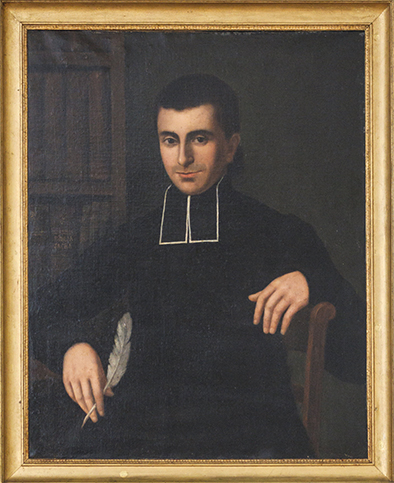 l was born in Bayonne (France) in 1801, in a Christian family, cordial and united. Of his education from the family, he remains marked by the attention to the poor and sharing with them.

At the age of 15, he joins the minor seminary of Aire sur Adour, then the Saint Sulpice Seminary in Paris, in 1820. Journey of a talented student: musician, passionate for the mathematics and philosophy…

In 1822, returning to Bayonne for health reason, Bishop sends him to the minor seminary of Larressore. He is ordained priest on 17th December 1825: he consecrates “his hands, his heart, the whole of his person” to the Virgin Mary. 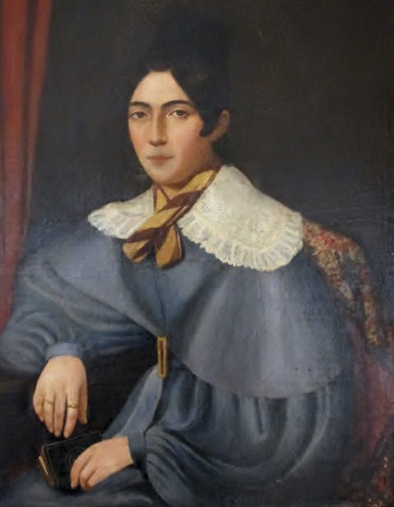 At the age of 30, appointed assistant vicar at the cathedral of Bayonne, in charge of the poor of the suburbs; the esteemed professor becomes a pastor of unexpected initiatives. Touched especially by the situation of the poor street girls, he responds to this call of God, by welcoming them in a modest loaned place. A second choice incites him to welcome the young prostitutes who desire to leave the street.

After prayer and discernment, without means, in penury, and very often criticized, he responds to the inspiration received to "give them a family". Alone he can’t do anything, he counts on two supports: the Virgin Mary, his inspiration and his support, and the benevolent young ladies, of whom his own sister Elise. 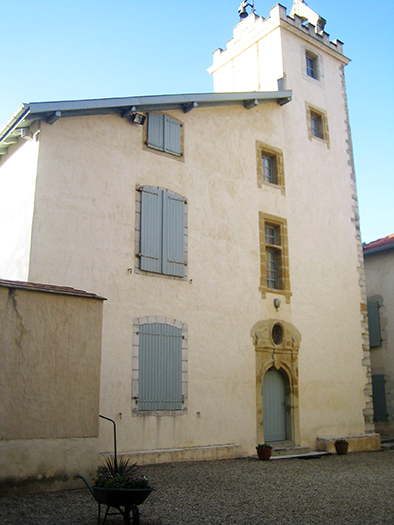 Notre Dame du Refuge (Our Lady of Refuge) at Anglet: a free welcoming

Father Cestac doesn’t have a pre-established project: he prays and seeks to discern the plan of God. The spiritual experience at the sanctuary of Our Lady of Buglose, on 19th July 1838, is going to be decisive. Gone to ask for the necessary money to welcome the young ones, he hears this word of the Virgin Mary: "Ask only for my spirit…" Hereafter, he is convinced that everything will be the work of Mary. Bought on credit, the Chateauneuf property in Anglet becomes Our Lady of Refuge. Meeting the customs of time, these young ladies lived there and worked there in the open air, without wall or closure, and find above all a family life. 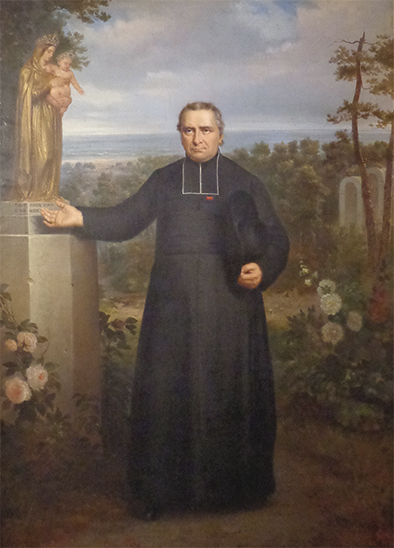 The benevolent educators make a choice of evangelical values, which he lives and proposes. On 6 January 1842, fourteen of them, of whom his sister Elise, make religious profession in the hands of Bishop Lacroix, Bishop of Bayonne: the Congregation of Servants of Mary is founded. In 1851, a contemplative community enriches the religious family: the Monastery of Saint Bernard. It is born from the desire of few “young penitents” to live totally consecrated to God, in silence, prayer and work.

Immediately after the coming of the young ones at Anglet, Father Cestac find himself confronted to the miserable situation of agriculture in the country. To feed this large family, he searched for a solution to improve this condition by introducing new methods and makes Our Lady of Refuge a place of experimentation: making bio-fertilizers to fertilize the fields, planting pine trees to stop the advancing of dunes, selecting breeding. By their work in the fields, the young ones rediscover the taste to live.

Concerned about sharing his discoveries, he works with the local agriculturists and participates actively with different agriculture farms. 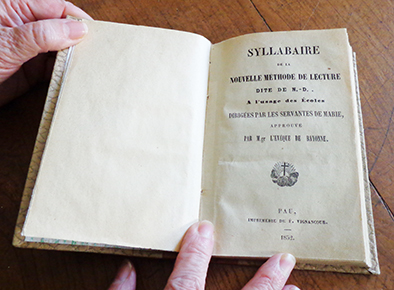 After having welcomed the young girls in difficult situation, to contribute to the education of rural girls is his second answer to the need of the time: an upstream task to go to the root cause of the problem. Also, from 1850 onwards, Father Cestac works for the development of the rural schools for the girls. He is vigilant that the education is based on the respect of the person and his/her freedom, firmness, softness, work and, above all, that the children and the young ones learn to know, to love, to pray Mary, in order  to become other Jesus. 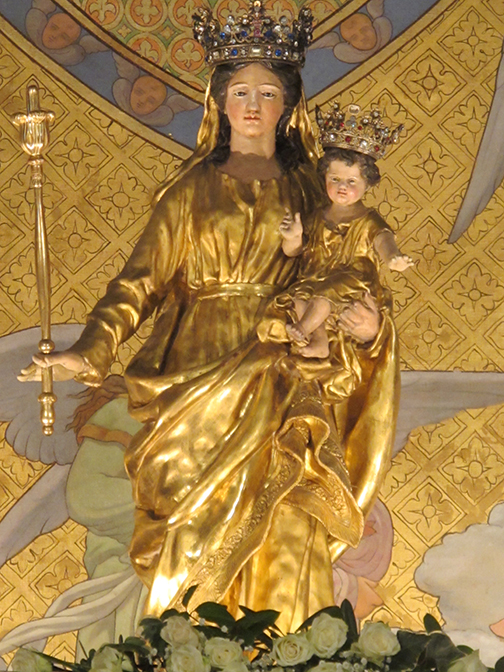 "I understand that I must first of all be a soul of meditation, a soul of prayer…". Father Cestac’s prayer is nourished by daily long frequentation of the Word of God; this imbues his thought and his writings. For him "prayer is our consolation and our treasure". He advises often to pray before any action or any decision. Above all, we should pray with confidence: "Our hope, it is prayer and prayer done in confidence". This confidence is addressed most of the time to Mary: "Pray, pray…this admirable Mother. She is so good". He notes down again: "Our life is a fight (…). Never put down the weapons; our weapons are prayer, soft and holy union with our divine Mother". Attentive to the signs of God revealed in the daily life, he invites to cultivate gratefulness: "Never thank her without making to go up your thanksgiving till the heart that is the source of all her liberalities."

For him, Mary is our Mother we must always know and love better. He invites each one to know her as the best of mothers: to love her and to speak to her like a child loves and speaks to her mother, seek help and consolation near her, entrust all her pains. He has a confidence without borne in this Mother that he qualifies of thousand manners: "I had a strong experience of vigilant and maternal bounty of the Holy Virgin". 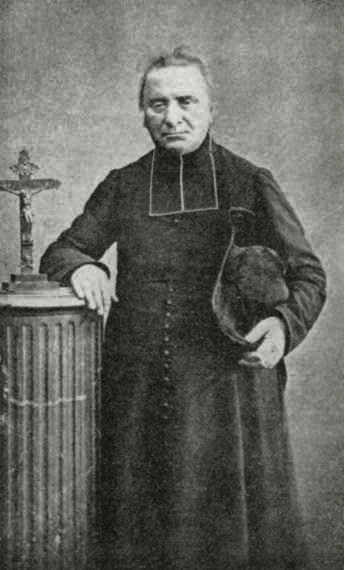 All throughout his life, Father Cestac establish number of relationships, especially with the priests who solicit the presence of a community of Servants of Mary in different dioceses, in France and in Spain. He is surrounded by cautious councillors whom he consults before taking any decision. He dares to solicit influential persons to improve the welcoming of the young girls. However, he imposes a rule: "Never ask anything, but never to refuse anything". Sensitive man and of great bounty, he had given everything he had and made himself everything to everybody.

Friend of the poor

"My life was among the poor and the downtrodden, I love them and I feel all that we must give them as respect and love." In all the situations, he is concerned of justice and respect for each person. Sensitive man and of great bounty, his practice of charity made him to give everything and above all the best thing. 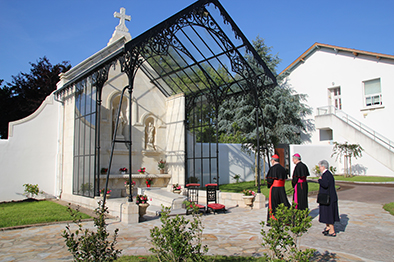 Everywhere the Good Father passed, sows his life. Entered in to the life of God on 27th March 1868, he is laid at Our Lady of Refuge.

His radiance made him to be considered as a saint. The challenges to which he tried to respond, our world knows it yet, here and elsewhere: respect of life and of the whole human person, respect for the rights of the children and of women, defense t nature.

Father Cestac is beatified on Sunday 31st M ay 2015, solemnity of the Holy Trinity, in the cathedral Sainte Marie of Bayonne.

Alongside the Servants of Mary from around the world, were gathered more than 2500 people in the Cathedral, its cloister, and in the church St André of Bayonne, without forgetting the tele-viewers of the live transmission on KTO TV, participated in this exceptional event.

The Holy Mass of beatification of the "Good Father Cestac" was celebrated by the Cardinal Angelo Amato, delegate of Pope Francis, and Bishop Marc Aillet, Bishop of Bayonne, Lescar and Oloron, concelebrated with Cardinal Jean-Pierre Ricard and number of Bishops and Archbishops.

As it must be, is installed permanently the portrait of Father Cestac, offered by the diocese for this special occasion, done by painter Jean-Francois Simon, a native of Bayonne, with Reliquary in the Cathedral of Bayonne.