Solemnity of the Annunciation of the Lord

"Servants of Mary, following Father Cestac and his sister Elise, we welcome the Spirit who gives life.

With the help of Mary and according to her spirit, we try to live openness to God, trust, self-surrender and the concrete commitment of ourselves in the service of all, especially the poor and the small." (Constitution of the Servants of Mary, 4)

March 25 is a solemn day for the Catholic Church 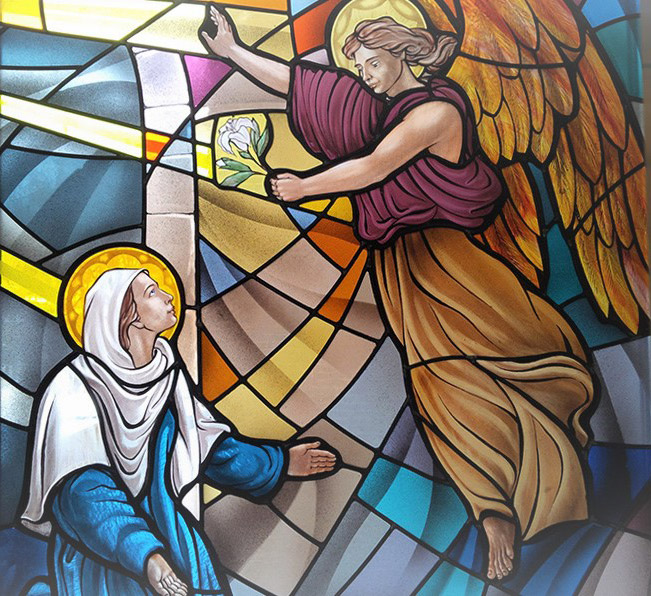 She celebrates in a special way the Annunciation, that is, the announcement of the angel Gabriel to Mary that she was chosen by God to be the mother of her Son Jesus. God proposes and waits for an answer. In her absolute trust in God, Mary accepts that everything will happen for me according to your word. Mary becomes the Mother of God and of Jesus before becoming at the foot of the Cross, the Mother of the Church.

This word designates the announce made by the Angel Gabriel to Mary of her maternity: she will give birth to the Savior of the world, Jesus. The attitude of Mary, receptive to this astonishing word, is the model of the Christian who seeks to accept the word of God.

26 Now in the sixth month the angel Gabriel was sent by God to a city of Galilee named Nazareth, 27 to a virgin betrothed to a man whose name was Joseph, of the house of David. The virgin’s name was Mary. 28 And having come in, the angel said to her, "Rejoice, highly favored one, the Lord is with you; [a]blessed are you among women!"

29 But [b]when she saw him, she was troubled at his saying, and considered what manner of greeting this was. 30 Then the angel said to her, "Do not be afraid, Mary, for you have found favor with God. 31 And behold, you will conceive in your womb and bring forth a Son, and shall call His name Jesus. 32 He will be great, and will be called the Son of the Highest; and the Lord God will give Him the throne of His father David. 33 And He will reign over the house of Jacob forever, and of His kingdom there will be no end."

35 And the angel answered and said to her, "The Holy Spirit will come upon you, and the power of the Highest will overshadow you; therefore, also, that Holy One who is to be born will be called the Son of God. 36 Now indeed, Elizabeth your relative has also conceived a son in her old age; and this is now the sixth month for her who was called barren. 37 For with God nothing will be impossible."

38 Then Mary said, "Behold the maidservant of the Lord! Let it be to me according to your word." And the angel departed from her.

Holy, Mary, full of grace, the Lord is with you: Blessed are you among women, and blessed is the fruit of your womb, Jesus.

Holy, Mary, Mother of God, pray for us sinners, now, and at the hour of our death. Amen.

According to the Gospel of the Annunciation, the Angelus is prayed three times a day, in the morning, at noon and in the evening. The angel of the Lord carried the announce to Mary.

The Angel of de Lord declared unto Mary

And she conceived by the Holy Spirit 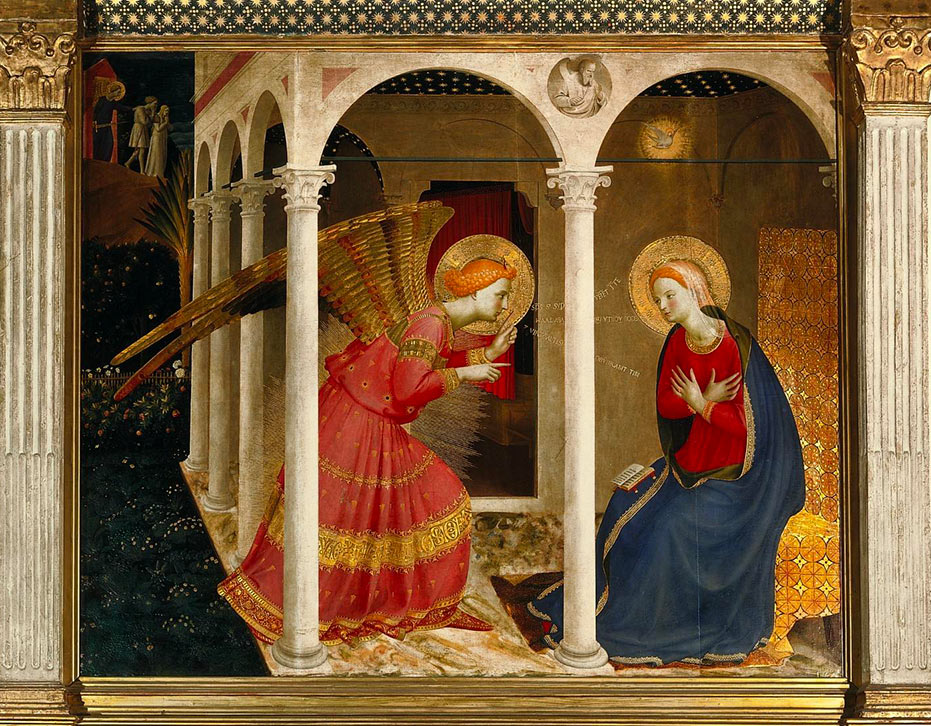 Belhold the handmaid of the lord

Be it done unto me according to your

And the Word was made Flesh:

And dwelt among us.

Pray for us, O holy Mother of God

That we may be made worthy of the promises of Christ.

For forth, we beseech you,

O Lord, your grace into our hearts, that we,

to whom the incarnation of Christ,

your Son, was made known by the message of an angel,

may be brought by his passion and cross

to the glory of his resurrection,

Through the same Christ our Lord.